A Brief History of Translation in China – Part 2

A Brief History of Translation in China – Part 2

Many consider all the minority languages (up to 55) as a single language but in actual fact the variations are more akin to those of Romanic languages. The written Chinese language has mostly been able to transcend the different minority languages and dialects because it has evolved much more slowly than the spoken language.
After the Northern Song Dynasty (960-1127), translation ceased to be active. It was not reinstated until Ming Dynasty (1368-1644). In the year 1407, the first foreign studies school in China was built for the training of professional translators. Until the end of Ming Dynasty, translation had again become prosperous. However, translation, at this stage, was completely different to the previous forms. The topic was no longer restricted to Buddhism, but also covered astrology, geometry and medication etc from Europe. Translation in China had entered a new era.
After the Opium War, scholars in China strongly felt the necessity of western studies. Translation works had again reached another climax. Many important linguists had made a contribution during this period of time. In the foreword of the translation of Evolution and Ethics (by Thomas Henry Huxley), YanFu (1853-1921),
the translator, commented that Faithfulness, expressiveness, and elegance were the three ultimate principles in translation. YanFu had made great effort in the translation of western literatures and his works were of great value, however, the studies and research in this field was yet to be developed. 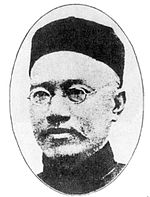 "Faithfulness, expressiveness, and elegance are the three ultimate principles in translation"

After the ‘May Fourth’ Movement, translation in China made a great leap forward. The promotion of simplified Chinese and new grammar did not stand alone without the enormous development of translation. The great litterateurs DiQiuBai and LuXun both believed that ‘translation not only helped the Chinese readers to understand the original articles, but also helped us create the Morden Chinese Language.’

‘Translation not only helped the Chinese readers to understand the original articles, but also helped us create the Morden Chinese Language.’

Very similar to the development of translation in Europe, the comparison and choice between ‘literal translation’ and ‘free translation’ is still the topic to be further discussed in China.

Want to express your opinion?
Leave a reply!